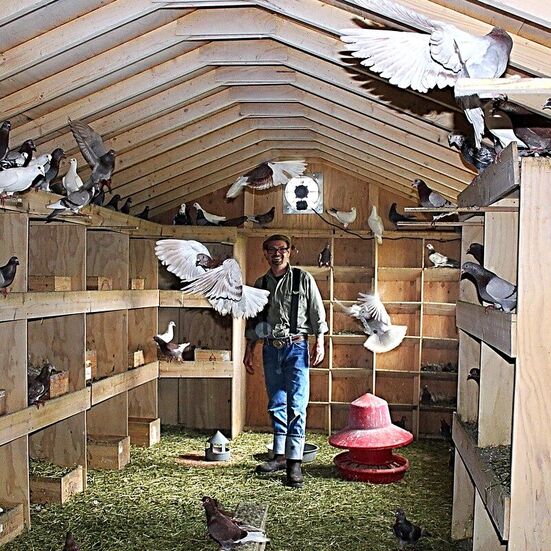 Stardust Farm is located in Pen Argyl, Pennsylvania, 80 miles from New York City. A few days ago, its owner Dan Leiber invited me for a visit. We talked about his story, which is anything but ordinary: the story of a young guy who attended the Culinary Institute of America, in Hyde Park, NY and became so passionate about real food, that he decided to create his own farm. Talking with him, I could feel all the passion and dedication that animates him every day. It is no wonder that the products he sells are served at world renowned restaurants like Restaurant Daniel, Gabriel Kreuther or Per Se!

Did you grow up in Pennsylvania?
Not really. I grew up in Westchester, NY, except for three years when my family moved to Hong Kong. When we moved back, my parents bought a house in the Lehigh Valley in Pennsylvania and we would come here every weekend. This is where my connection with the land started by gardening with my mother.

Were your parents farmers before you?
Both my parents spent their careers in the corporate world, so me farming, in the beginning was a radical idea!

You studied Culinary Arts in High School and then attended the Culinary Institute of America in NY, where you received a Bachelor in Hospitality Management. When did you know you wanted to start a farm?
At the CIA, I studied a class called Food Ecology which taught about where our food comes, from the conventional factory farm to the forager. I was horrified about conventional farming. This was 2007 and it wasn’t yet common knowledge that factory farming is as bad as we know it to be now. It made me suspicious of food. All I could think about were the pesticides, growth hormones, antibiotics put into our food and it was then that I knew that I either wanted to know the farmer whom I was sourcing from or grow and raise it myself.

Did somebody/something inspire you in that path?
First my mom from around 6 or 7 years old getting me into the garden.
Then Chef Gerard Murphy, my high school culinary instructor, who guided me to The Culinary Institute of America. Whilst there, Professor Rich Vergili, who taught Food Ecology and helped me learn where all food comes from. And of course, Chef Daniel Boulud who suggested to me to raise pigeons and rabbits.

What do you grow at Stardust Farm?
Primarily pigeon, and I just started with rabbits.  I also have chickens and geese, herbs and vegetables.
​ 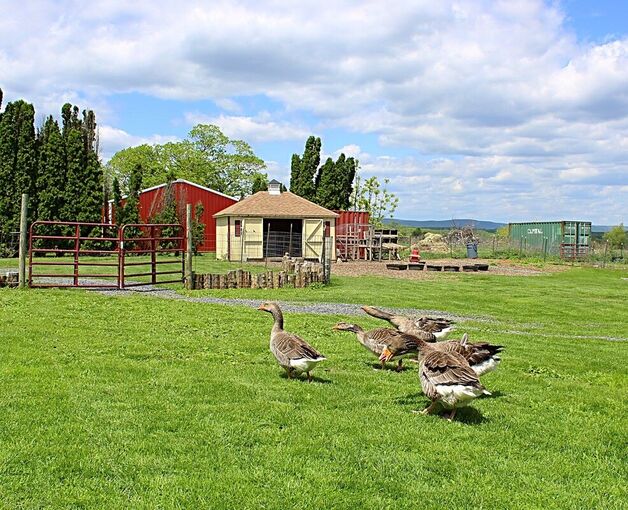 What makes Stardust Farm different from other farms?
I’m what makes my farm unique. I have a passion but also belief and I try to channel positive energy. I do blessings over the animals, food and water. When I dispatch the animals, I think of the life they are giving. Also, humans domesticated pigeons 5000 years ago, so I looked at what they were feeding them back then and I’m trying to replicate that diet. I’m trying to create a 5000 year old flavor!

What are the different aspects of your job?
It starts with daily chores, feeding and watering, etc. Cleaning the lofts, rabbit cages and processing the squab, communications with the chefs and delivery once a week. Plus all the office work that comes with owning a small business.

What do you like best?
I like being so connected with plants, animals and nature. I just enjoy being on the farm. I am outdoors 365 days per year! I need that!

How does it feel to have your products served at tables like Per Se, Daniel, or Gabriel Kreuther?
Surreal is the only word I can use to describe it. It’s very humbling that these chefs love my products as much as they do. 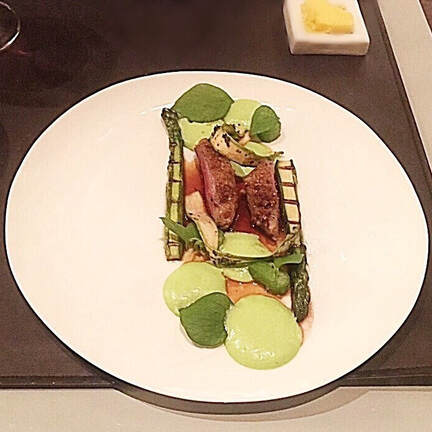 Broiled Squab Breast, Black Tea and Vandouvan Crust, Asparagus, Miners Lettuce at Restaurant Daniel, NYC
​
​It looks like your relationship with the restaurants and the chefs you work with goes far beyond a provider/client relationship. Joe Anthony at Gabriel Kreuther told me for example that the restaurant gives you its compost which you use to feed your chickens and rabbits. Can you explain more about it?
The compost is something I am proud of. When I was in college, I wrote my thesis about compost and rebuilding soil organically, and I have been composting almost all of my life.
Gabriel Kreuther offered to collect their compost for me, and I feed it to my chickens and rabbits, as well as turn it into “black gold” for the garden.

What are your hopes for the future?
1-2 years from now, I will have maxed out my squab production. In 5 years from now, I will be growing all my own feed for my animals, and have a renewable source of energy such as wind and/or solar. By then I’ll have a sustainable operation.
My last word would be that I’d like people to be more conscious when they are eating. Make meals from scratch, grow your own herbs and vegetables, it’s not hard!