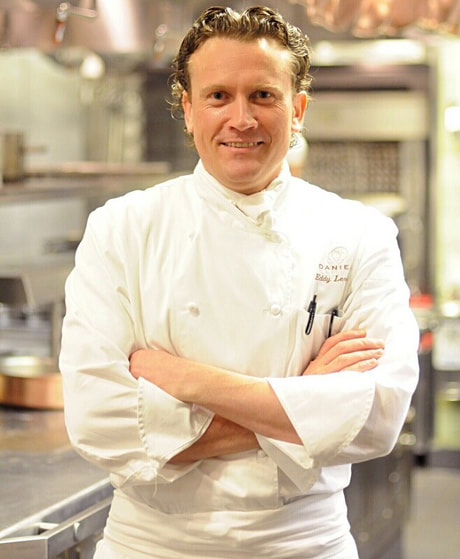 Photo courtesy of The Dinex Group
A few days ago, I spent a part of the afternoon with Eddy Leroux, Chef de Cuisine at DANIEL, Daniel Boulud’s flagship restaurant in NYC.
In the comfort of the dining room, we spoke about his story, the cuisine at Daniel and Eddy’s job as chef de cuisine. Getting to spend some time with such a talented and passionate man truly was a privilege.

Where were you born?   When did you arrive in the States?
I was born in the north of France, a small town called Douai, near Arras. I have been in the US since 1998.  My first employer here was the Waldorf Astoria working for Laurent Gras. I had just come back from Bangkok and at that time the US wasn’t really on the cards. I was really hoping to go back to Asia but there was a huge economic crisis in SE Asia so it wasn’t possible. I came to NY for a week in 1997 and I really liked it, especially the energy. All world cuisines are represented here and not just represented but by really high class chefs. NY is a pool of talent!
​So, 20 years or so later, I am still here, with no regrets! I still love the energy and I am still passionate about what we do at Daniel.

Who or what inspired you to become a chef?  What path did you follow?
I don’t know exactly when but I have always been fascinated by chefs. I can’t say it was my mum who inspired me as cooking wasn’t a passion for her. She cooked to feed a large family. When I reached 14 years old and was in 8th grade, I wanted to go and do a culinary apprenticeship but my parents refused and made me finish 9th grade first. I went to culinary school for 4 years and my first job was at Vista Palace Hotel near the border of Monaco where I stayed for two seasons. After that I moved to Imperial Palace in Annecy followed by compulsory military service. After that I met Alain Senderens and worked for him 5 years at Michelin-3-star restaurant Lucas Carton in Paris. The restaurant also had a two year contract with Le Normandie in the Oriental Hotel in Bangkok. He asked me to go over there as Chef de Cuisine to finish the last seven months. It was the first time that I had left France to work abroad. Then in 1998, I moved to NY to work at Peacock Alley in the Waldorf Astoria with Laurent Gras.
After Peacock Alley closed in 2002, Laurent moved to San Francisco.  He asked me to help Daniel Boulud with his charity Citymeals on Wheels which was honoring Guy Savoy. After that, Daniel asked me to work for him. I began as Executive Sous Chef and was promoted to Chef de Cuisine in 2005. 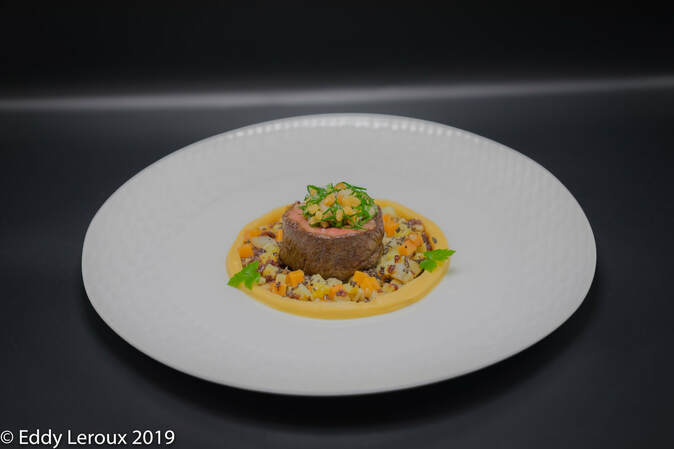 Photo courtesy of Eddy Leroux
What did Daniel teach you?
Like many chefs, I am introverted and I don’t like a lot of exposure to the customers. Daniel is the opposite of me.  He is open and very welcoming. Daniel is 100% devoted to his customers and I learnt that from him.
​Once you reach Chef de Cuisine you are fully trained but you get to see different sides of the job. I believe that you continue to learn every day.

How would you describe the cuisine at Daniel?
I would describe it as French classic cuisine. We like to bring a twist to our foundation of French cuisine.  Always classic but presented in a creative and modern way.

Would you say there are influences from other countries such as Asia?
Yes absolutely! I love travel and I like to bring that touch and experience into cuisine. Inspiration comes from travelling and research of travelling. I like to look at potential dishes I may try. I also like to look at magazines about art or painting and museums for shapes for my plating.
However, produce is number one before everything else. In France we say that it is not good cuisine without good produce.
I am also fond of Japanese cooking because the kitchen etiquette is similar to French.  It is regimental, military and almost maniacal!

Where do you source your ingredients?
We use local and domestic farmers. We get most of our fish from France; Dover sole is from La Rochelle.  We buy from the best suppliers worldwide. For example, the langoustine is brought alive from Scotland. We buy our squab from a young local farmer who used to be a chef at the CIA but decided to farm instead. He’s expanding and moving onto rabbit soon. Butter comes from Maison Bordier. Meat wise we use a local supplier and D’Artagnan provides some and we get mushrooms and truffles from France.

What do you like best about your job?
Working on the menu development, being creative! Every season pushes the boundaries to create new dishes. I design everything on my iPad. I write down my thoughts and draw sometimes.  It’s a great tool and means I don’t lose my work! For me, seeing the drawings become a dish on a plate is wonderful.  Sometimes, it works and sometimes not.

How often do you change the menu?
A dish is changed usually every 8 weeks. We change dish by dish because it would be too hard for the team if I changed the menu all at once. We have a lot of choice on our menus and I feel the choice and the price we offer is really amazing. A lot of restaurants are imposing fixed menus now which we don’t.

What advice would you give to aspiring chefs?
Live your passion fully.  If it’s what you want to do, go for it but be aware of long hours.
Although, that’s changed in the last few years.  When I started in France, a 16 hour day would be normal with one day off…
​

Read more about Daniel in the Restaurant section.
​ 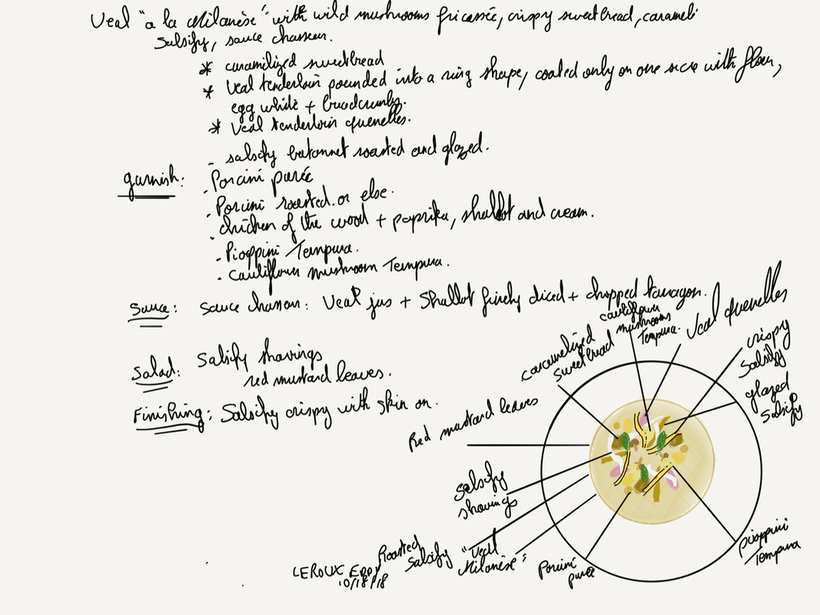