One sunny afternoon, Matt Lambert welcomed me to the Musket Room, his lovely Michelin-starred restaurant located in the heart of the Nolita neighborhood of Manhattan. In the comfort of the Garden Room overlooking the restaurant’s back garden, we spoke about his story, his cuisine and his hopes for the future, including his new restaurant in New Haven, CT, which will open its doors in just a few weeks…

Where were you born and when did you come to the US?
I was born in Auckland, New Zealand. I came to America at the age of 25 with my wife, Barbara, in 2006. Auckland is the biggest city in the country, but it is pretty small. That’s why when we first came to America we chose to live in Connecticut instead of New York City, which seemed so busy for us at the time. We finally moved to NYC in 2008.

What was your path and did somebody inspire you to take it?
When I was a kid I loved to spend time in the kitchen with my mother and grandmother. We made a lot of sweets like cookies, scones, muffins, chocolate slices, raspberry slices... I guess I just decided right away that this was what I wanted to do, and it’s kind of surprising, actually, that I didn’t become a pastry chef.
When I was 11, I went to a local restaurant to ask for a job. Of course, they told me I was too young! I went back when I was 14 and started there washing dishes for a couple of years. That’s how I got my foot in the door. I knew from a very young age what I wanted to do and at 11 I put the wheels in motion to actually do it.
I left high school two years early because I was accepted into the Auckland University of Technology, which has a culinary school. It wasn’t because I was particularly gifted or anything, it was thanks to my employer, Gary Bates, who had already sent several apprentices there before me who had gotten good results. They thought I was young but they accepted me and it went well.
After four years working in that same restaurant I moved to Wellington and worked at several restaurants there. Then I moved back to Auckland, where I worked at a couple of really good restaurants. Finally, Michael Meredith gave me a job at The Grove and I worked for him for two years. I learned a great deal with him.
This is where I met my wife Barbara, who is American, and the main reason why we moved here. Coming to New York was really exciting for me because the Michelin Guide doesn’t operate in New Zealand. In New York, I might have the chance to work at a Michelin-starred restaurant, which for me was a dream. I worked at several restaurants in NYC, including Public restaurant, which didn’t have a star when I arrived but received one shortly after. I was so excited to actually work at a Michelin-starred restaurant! Then eventually I became Head Chef at Public and Saxon + Parole.
In 2013, Barbara and I decided it was time to open our own restaurant.

Why did you name your restaurant The Musket Room?
The name Musket Room is a reference to the past. The word musket sadly has a negative connotation, but if you think about a musket it automatically takes you back to a time when there was a lot of travel, adventure, exploration and discovery. I wanted these themes to be associated with my restaurant. In fact, I could totally imagine being this guy setting off on a boat headed to the new world to explore and live a new adventure! [laughs …]. 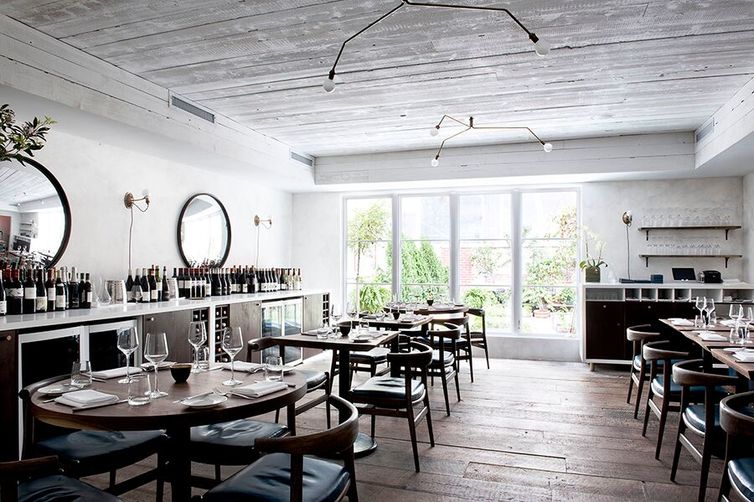 Photo courtesy of Emily Andrews
What did you want to do with your restaurant and how is it different from other restaurants?
There are a lot of restaurants in this city – cafés, bistros, eateries, fancy restaurants – and almost all nationalities are represented.
For most people, my key point of differentiation is that I’m from New Zealand and I wanted to champion that because where I come from is really important to me. New Zealand is an amazing place and I didn’t feel it was sufficiently represented in NYC.
One of the difficulties is that we are not in New Zealand, so it’s hard for me to show people what New Zealand cuisine really is. I sometimes find myself in a really peculiar position where I’m trying to highlight New Zealand but I’m very far away.
People often ask me what New Zealand cuisine is. It’s not an easy question to answer because New Zealand is a young country and the cuisine doesn’t come down to specific traditional recipes or ingredients.  With the Musket Room I’m trying to create my own interpretation of what I think it should be, and as New Zealand cuisine is not about tradition it gives me a lot of room to create. I make food I like, and I try to do it the best way I can.

What two words would you choose to describe your cuisine?
Simple and honest.
When I was younger I always asked myself, “What’s the most I can do?” But now I’m trying to simplify things, making food I like and staying true to the ingredients, highlighting their natural flavors.

Where do you find inspiration?
Literally everywhere! It can come from listening to music, going to the farmers market, going to New Zealand twice a year and other parts of the world, eating at other restaurants, surfing on the Internet…Inspiration is everywhere!

Which creation are you most proud of?
It’s a tough question because I wouldn’t do anything I am not proud of. Most of all, I’m very proud of what we have accomplished here. My goal was to get a Michelin Star within 3 years and we obtained it 4 months after opening. I am REALLY proud of that! I am also very proud of my team and the way we work together.

The restaurant has its own garden. What do you grow in this garden?
Mostly, we grow a lot of the garnishes. We also grow a lot of the flowers we use, like marigold, as well as a variety of herbs like mint or basil. We also have lemon thyme, rosemary, lemon verbena, shiso, among others.
Right now, we have mint blooming so we’re going to make mint ice cream. And as we have 3 different kinds of mint, we’re going to make 3 different kinds of mint ice cream: chocolate mint, lemon mint and spearmint.

​How do you source your other ingredients?
We have many providers. We work a lot with a group of farmers located north of New York, but we have other suppliers too. At the moment, we’re getting great stuff from a supplier which provides us with specific products like caviar, trout roe and honey, which we use a lot in New Zealand even if we have a different name for it.  We’re thinking about the fall menu now so we’re just running through the list of good ingredients that are available locally and seeing how we can use them. I am intuitive though; if I see something good I want to use it right away!
We also try to play with the menu, which is all seasonal with locally sourced food. But moving forward, we’re going to have one course relative to the season in New Zealand, which is the opposite of here.

Do you have a lot of products that come from New Zealand?
We have a few things, not a lot because I don’t want to use products from there just for the sake of using them. However, some products, like venison, are very good there year-round. We get New Zealand red deer, for example, because it’s specific and tastes better than the deer found here. We also bring over salmon because the quality is amazing. I would love to be able to get more fish and seafood from there because they are outstanding. However, it would be too expensive to get them here, and when we opened the Musket Room I wanted it to be a restaurant that anyone could afford.  We also use products like olive oil and salt from New Zealand, as well as passion fruit when in season and New Zealand beers and wine of course. New Zealand wine is really good!

What do you like best about your job?
The fact that it’s not really restrictive. It’s a creative job, there are also a lot of different aspects and always a lot of changes and movement. I wouldn’t be able to sit at a desk all day!
I especially like the creativity involved and being able to make things. When I was little I would always make stuff, whether it was cookies, shelves or whatever, but I needed to make stuff. I think I just love the act of making something and giving it to somebody.

What about your hopes for the future?
Of course I would love for the Musket Room to continue to grow. I would love for this restaurant to get two Michelin Stars at some point, because we got the first one so quickly I thought it would just happen. Are we ready for this? I don’t know, but I think we’re getting better every day and I want to see the restaurant progress. I don’t want to just open the Musket Room and think that the best of it is in the past, I want it to continue well into the future!
One of the things I wish for the future is also to learn how to balance my life better and not spend all my time here while my kids are growing up. I’m 37 and I’ve been working full-time since I was 16, doing something like 80 hours a week which is way too much. I’d like to spend more time with my family and I must work towards that goal. I think you can do great things while trying to balance your life better.
Also, we have another restaurant in the works. It’s in New Haven, Connecticut and it will open in two months. I’m really excited about this!

Read more about The Musket Room in the Restaurant section. 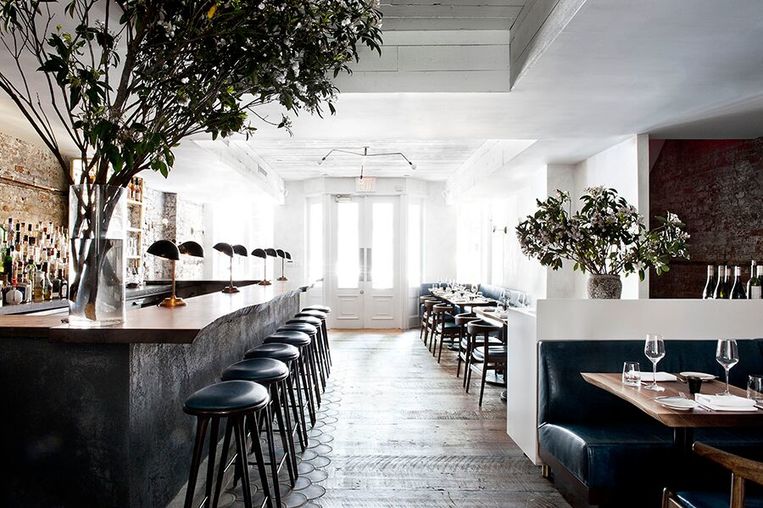